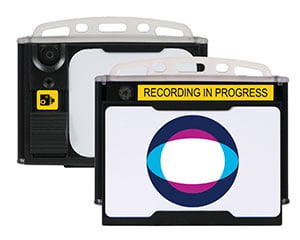 He added that these cameras will help measure the officer's commitment to providing high-quality security services for members of the society - whether residents or visitors.

"The cameras will protect the rights of both sides, because sometimes we receive complaints of mistreatment and there is no proof to support any of the sides. The camera's footage will be the proof," Col Al Razooqi said.

"People will be notified that they are being recorded."

Manar Atef, 23, who works in Dubai, said that it was a very good idea. "It's like when etisalat or any customer service helpline records the calls to ensure quality service."

She added that this will ensure that her rights are protected. "It is not like it is really needed, but this helps in cases where an issue happens and it is my word against the officer's word or a third party involved. This will ensure that all sides are represented and there is proof."

"This is a great idea and it shows how Dubai Police are keeping up with latest trends in using technology," he said

"Most people are decent with the police, but there are some people who think they are above the law and argue. This will probably change," he said.